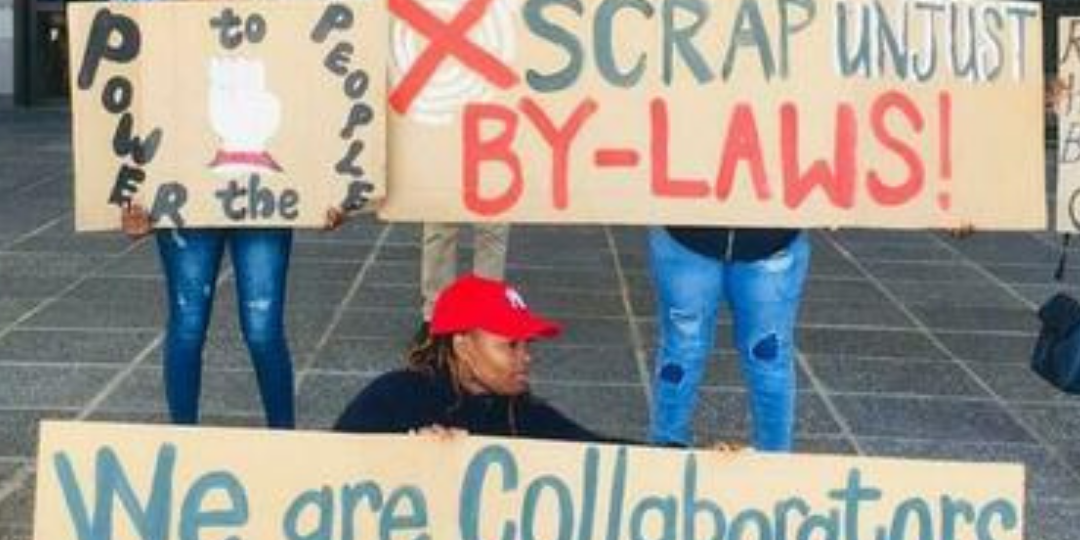 PETITION: The City of Cape Town has to properly address the need for well-located land & housing, instead of criminalising (fining and arresting) those who need it!

The by-law also gives City Officials the power to:
– Remove new and existing dwellings, WITHOUT a court order
– Decide if a structure constitutes a home
– Decide which informal settlements get basic services
– Search people, their vehicles and structures – WITHOUT a warrant!
– Impound people’s belongings
– Compel private owners to prevent unlawful occupation

There are NO GUIDELINES for how officials should exercise these powers! Even though their actions could result in somebody losing their only home – something our Constitution protects against in S26(3) which says “No one may be evicted without a court order”.

We fear that this by-law will encourage widespread illegal evictions, and drive more poor and working class families into homelessness.

All of this breaks from what the law has said for years, which is that Occupation may be unlawful, but it is not criminal. ONLY a court should have the power to determine whether an eviction would be just and fair after considering all the circumstances, including whether someone would become homeless.

Our law used to criminalise occupation. During apartheid, laws like the “Prevention of Illegal Squatting Act” (PISA) prevented Black people from gaining rights over land in urban areas, criminalised occupations and made evictions easy for property owners and officials. That changed in 1996: the Constitution recognises that land dispossession left many South Africans with no choice but to occupy land so they could survive.

We’re still facing an affordable housing crisis, so how can we accept a draft by-law that will turn people into criminals?

Categories: News, Press Releases, NU in the media24th May 2022