How to whitewash colonial pain and trauma 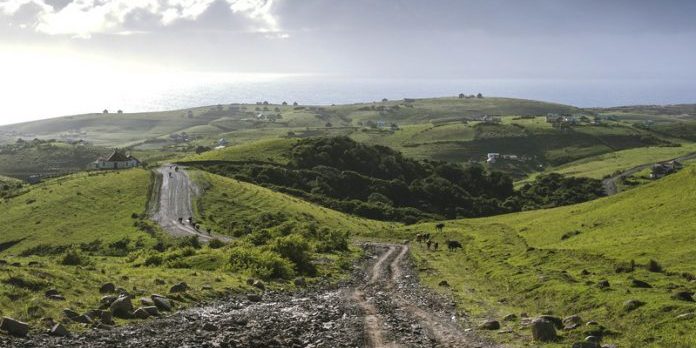 In the same week that South Africans celebrate Heritage Day, the Cape Town Municipal Planning Tribunal (MPT) has approved the controversial R4-billion River Club development, seen by many as an affront to the First Nations heritage of our country.

This comes after a four-year process to gain heritage, environmental and planning approvals by the developers who are partially financed by the Amazon Group which plans to make this the home of their African headquarters. The process has been objected to by First Nations representatives, civic groups, organisations and individuals each step of the way.

The land-use application for the proposed development, located between the Liesbeek and Black rivers, was objected to by 180 various interest groups and people, including representatives of the Goringhaicona Khoi Khoin Indigenous Traditional Council. The essence of this objection was that the land where the River Club is located is sacred ancestral land and thus too spiritually, culturally, historically and environmentally significant to develop in the way that the developers have proposed.

In his presentation, Tauriq Jenkins on behalf of the council quotes Thabo Mbeki’s I am an African speech:

“I owe my being to the Khoi and the San whose desolate souls haunt the great expanses of the beautiful Cape — they who fell victim to the most merciless genocide our native land has ever seen, they who were the first to lose their lives in the struggle to defend our freedom and independence and they who, as a people, perished in the result.”

He details how the River Club land was where the longest resistance against colonial oppression took place, fanning out across the subcontinent for 169 years. It is undeniable that this land symbolises and embodies the original sin of colonial conquer and dispossession. Although this has had devastating consequences, Jenkins spoke to the proud heritage of this land as a site of resistance, where the Khoi and San defeated the Dutch and Portuguese in two early colonial wars.

In response, the developers have included various additions to memorialise the First Nations heritage connection to the land, including a cultural and media centre, indigenous medicinal garden, a heritage-eco trail and garden amphitheatre, working exclusively with only one of the First Nations groups who have asserted that they deserve to have a say in the process. This type of divide-and-conquer and bribery were also used by Jan van Riebeeck.

The developers have also proposed 20% of the residential accommodation, which makes up 20% of the total mixed-use development, for affordable housing. Ndifuna Ukwazi, a local  activist organisation, originally objected to this percentage on the grounds that it only represents 4% of the total development. This, in our view, fails to adequately respond to the need for redistribution and restoration of well-located land for citizens who are excluded from expensive land markets. What we have repeatedly called for is spatially just, affordable housing as a means to address the past injustices of racial discrimination, segregation and dispossession.

At the hearing, the MPT members had to grapple with a complex array of issues including environmental, economic and heritage concerns. Although balancing these complex considerations is undoubtedly challenging, hearing the deliberations of the tribunal it was clear that the ideological and legislative paradigm through which this decision-making body takes decisions is entirely insufficient to comprehend what a decolonised valuing of land would look like.

No one should be comfortable with the status quo in South Africa. Decisions about land in particular (and property developments in general) should always be considered through the lens of our violent and traumatic colonial legacy, and the resilience of the various First Nations peoples against the onslaught of colonial dispossession. This legacy has shaped our country’s present. Anyone who says otherwise does not appreciate the context of property relations in our post-colonial/apartheid society.

The Constitutional Court has been at pains to remind us of the traumatic setting in which all property relations should be understood. Significantly, in First National Bank of SA Limited t/a Wesbank v Commissioner for the South African Revenue Services, Justice Ackermann noted that property law in South Africa “is one of conquest, as a consequence of which there was a taking of land in circumstances which, to this day, are a source of pain and tension”. Justice Madlanga in Shoprite Checkers (Pty) Ltd v MEC for Economic Development Eastern Cape expands on the cultural significance of land:

“For centuries after conquest, ours has been a painfully unequal society; the white minority not only subjugating the black majority but actively taking steps calculated to advantage themselves in diverse human endeavours and simple existence to the disadvantage of the black majority. Of particular significance was the incidence of the dispossession of the majority of their property, notably land. Needless to say, the approach of our courts to the protection of the property right must bear that context in mind.”

In the River Club decision, the MPT whitewashed and ignored this history, repackaged it for commercial exploitation and commodification, shorn of all its intangible spiritual and ancestral value. All the objectors made it very clear to the MPT that it is prudent, in light of this significance of this land, to press the pause button and rethink how to appropriately and respectfully inventory its heritage and cultural value. Jenkins pleaded with the MPT that “we all pause to heal and by so doing release this meme from our being. The meme that threatens our being as one nation”.

The MPT’s response was that the development process has taken two years and the developers (a foreign multinational corporation) cannot wait any longer. The development itself and the decision-making process, used to erase this history, has bastardised the value of this land.

How can we compare two years of developer impatience against 400 years of colonial dispossession?

As a technocratic decision-maker, the MPT wields tremendous power over the shape of the future of the city. There are two profound ironies that pervade this space: members are largely white, middle-aged males (most likely schooled as planners during the apartheid regime); and, although decisions are open to the public, decision-making is obscured through a process that most people are oblivious to, and that procedurally prejudices public involvement in various ways. For instance, the objectors (many of whom are doing this outside of their employment commitments) are given only a few days to go through the documentation — in this case 3 268 pages — in order to make an informed presentation.

This is only one example of the way in which the process does not support fair public participation. Decisions on the development of urban land by these democratically unrepresentative individuals have a permanent effect on societal division. The untransformed nature of the tribunal is a reflection of a deeper issue, the untransformed nature of built-environment professions. The longevity of the decisions made by this tribunal is a further indication that we need to stop and reconsider the value of land in this country.

Although inclusive development should be encouraged, sometimes collective trauma and pain occasioned by a development of a particular site has to outweigh any other benefits. This is not just because of the low number of affordable homes but because approval of this development without measurable and meaningful recognition of the scars of colonialism, as determined by the various First Nations peoples, will entrench and perpetuate the division of a people whose voices and way of life have been systematically oppressed.

We need to de-colonise land in South Africa and the MPT approval of the River Club reinforces a colonial conception of ownership seen exclusively in terms of economic value. As a unitary concept, ownership entails absolute power which demands superiority and diminishes all other values and interests to land outside the limited spectrum of an individual owner.

During colonialism, administrators routinely denied and distorted other forms of communal tenure in favour of an abstract system of individual ownership that best suited the interest of a minority white population. Last Friday, the MPT (knowingly or unknowingly) used the very same colonial construction to bolster the economic interests of one owner at the detrimental expense of all other interests to the land.

In short, the approval of the River Club development is an affront to the constitutional project of healing and restoration and reinforces unjust spatial planning reminiscent of the bulldozing apartheid planners. We must all reflect deeply on the multifaceted social and cultural value of land and how to protect this value when it is eroded through commodification. We should also always remember that our cultural link to all South African land starts with the Khoi and San, who Jenkins reminds us “are of the First Nation, just as we are of many nations. Every nation is from us, as we are of them. Sometimes hidden or denied, we are here. Our claim is the human claim”.