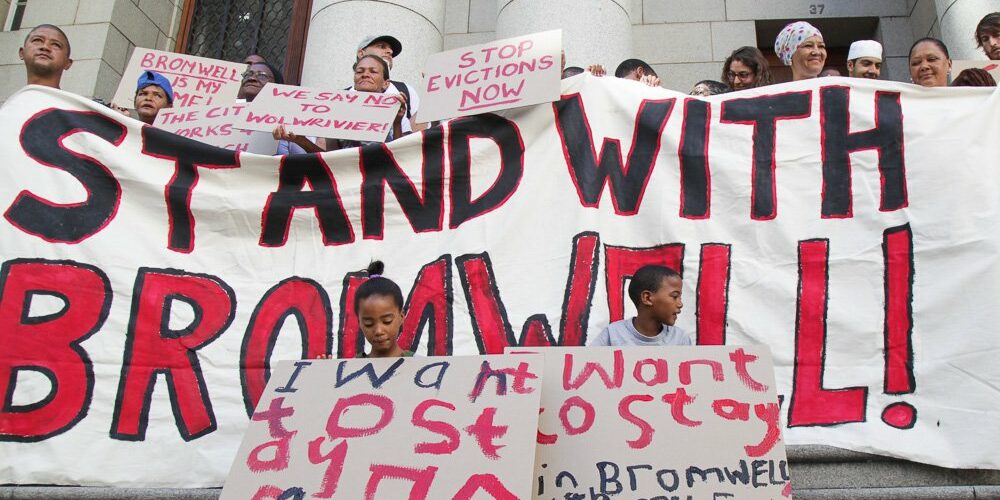 With estimated 369 000 households awaiting secure and dignified housing in Cape Town, often the debate is focused on delivery, transport density etc. The knock on impact of insecure housing and tenure is clearly visible in the health of the families in such precarious situations. And often, the costs of such insecurities is translated into higher costs for public health care and personal vulnerability.

The Bromwell Street matter will be heard at the Supreme Court of Appeal on Monday 14 November and seeks to limit and remedy the disruption and displacement caused by evictions.

On Monday 14 November, it is World Diabetes Day. Several journals refer to the deep relationship between a healthy family and insecure housing. Particularly, families facing evictions are often subject to health issues such as diabetes, which is so prevalent in South Africa.

This judgment and laws like the PIE Act, are critical in protecting the dignity of those who face eviction, and any attempts to erode these protections must be defended against.

There are thousands of people being displaced across Cape Town without due regard to their dignity as people or to their ability to earn an income, nor to the detrimental effect of the overall economy. The need for well-located affordable housing of all kinds including temporary or transitional housing is great and critical.

In November 2021, the Bromwell Street residents, represented by Ndifuna Ukwazi Law Centre won a landmark judgment against the City of Cape Town. The Court ordered that the City was to provide the residents with temporary emergency accommodation or transitional housing as close to their current homes as possible.