Statement of Support for SAITF and SERI 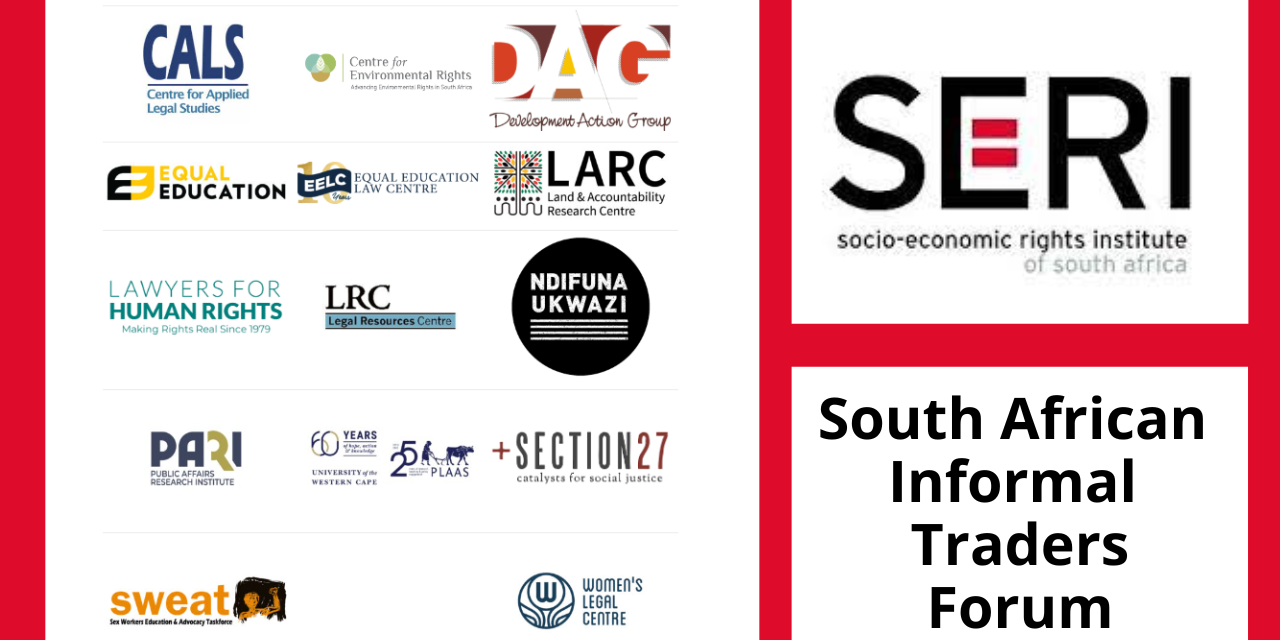 We as civic organisations here undersigned, condemn the hate speech and cyberbullying, in the form of doxing, by Councillor Nkululeko Mbundu, party representative for Action SA and MMC for Economic Development in the City of Johannesburg, directed at members of the South African Informal Traders Forum (SAITF) and staff of their legal representative, the Socio-Economic Rights Institute of South Africa (SERI) on 28 July 2022.

Not only is doxing illegal in terms of the POPI Act, it is a criminal offence to endanger the lives of others. Councillor Mbundu’s attitude towards informal traders is a violation of the Constitution for his xenophobic remarks and is in moral conflict with the President’s State of the National Address 2022 to support informal traders.

Abuse of power by an elected official and member of the Johannesburg Mayoral Committee is particularly concerning in light of the State Capture report which seeks to correct the behaviour of government officials. It is important to mention that xenophobic actions by ActionSA chairperson and former Mayor of Johannesburg Herman Mashaba during his term in office, demonstrate a pattern of unconstitutional behaviour from both ActionSA and the City of Johannesburg.

This behaviour must immediately be addressed, to the extent that the Councillor, ActionSA and the City of Johannesburg must truly understand the dangerous effect of these actions and must show true remorse. The disregard for any and all human life must be curtailed.

Hate speech that amounts to violence in the form of xenophobia, racism and classism cannot and should not be accommodated nor tolerated in any manner.

We stand in solidarity with SAITF and SERI!

Read the Statement from SERI here.